Mount Dinara is the 12th nature park in Croatia 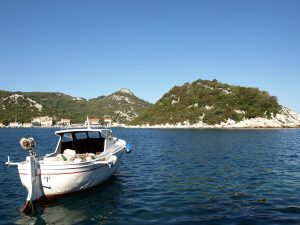 Mount Dinara spreads over two counties, Split – Dalmatia region and Sibenik – Knin country, and is almost 63,000 hectares large. The mountain is part of the Dinaric Alps, known as Dinarides, which were created back in the Mesozoic times. Dinara has over 1000 plant species, including many endemic and endangered species. The highest peak of the Republic of Croatia is positioned on Dinara, known as Sinjal (1831 m).

In addition to the 12 nature parks in Croatia, there are 8 national parks of Croatia: Brijuni, Kornati, Krka, Mljet, Paklenica, Plitvice Lakes, Risnjak and Northern Velebit.

Each of Croatian national and nature parks are highly recommended for a visit during your Croatia stay – for more information and detailed trip itinerary, contact Adriatic Partner travel designers at info@adriaticpartner.com

This website uses cookies to improve your experience while you navigate through the website. Out of these, the cookies that are categorized as necessary are stored on your browser as they are essential for the working of basic functionalities of the website. We also use third-party cookies that help us analyze and understand how you use this website. These cookies will be stored in your browser only with your consent. You also have the option to opt-out of these cookies. But opting out of some of these cookies may affect your browsing experience.
Necessary Always Enabled

Any cookies that may not be particularly necessary for the website to function and is used specifically to collect user personal data via analytics, ads, other embedded contents are termed as non-necessary cookies. It is mandatory to procure user consent prior to running these cookies on your website.